skip to main | skip to sidebar

The Truth about Dr Kriengsak

Believe or not, i actually kept an article by Charisma Magazine way back in 1990s. Almost a decade, it sat in one of my archive boxes which I once held proudly but now am not so sure.

The TRUTH is Dr Joseph C. Wongsak is that He WAS a christian, who once founded Hope Churches. There is no denying the fact to what may be contrary in his wikipedia. He purportedly tries to deny it and will tell you otherwise. I have videos of his teachings and also the book Apostle of Hope, so there is no denying. Unfortunately, i cannot put the whole book on, but at least the Article gives you some hindsight of Dr J's past. 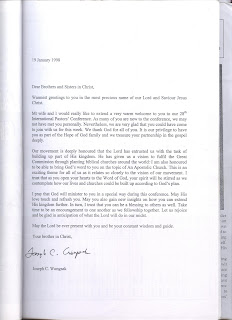 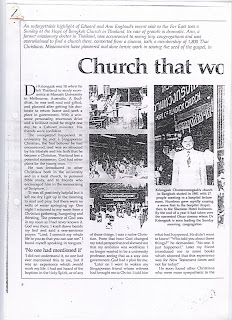 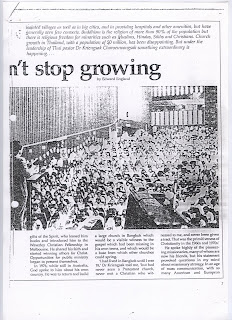 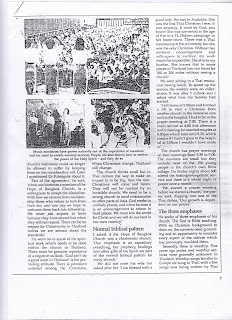 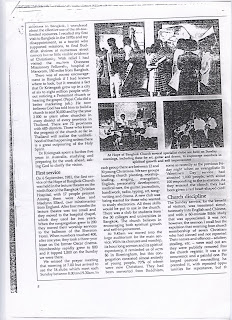 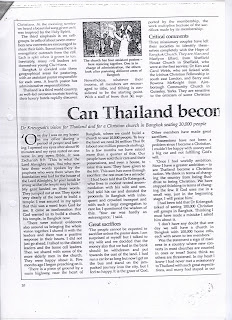 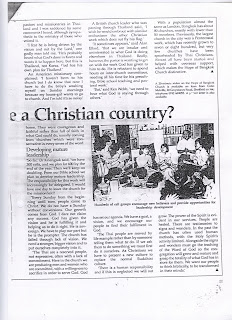 NOW THE SURPRISE ! ALL THIS WHILE DR JOSEPH HAS SO-CALLED LIED TO THE COURT TO "PROTECT" THE CHURCH .

It nevertheless shocks me ! That a man of God can lie even though we are living in area much
better than Danial. Yet Daniel choose to stand firm. But DR J choose to lie

LYING is a SIN ! Black or White ITS STILL A SIN.

You be the Judge of HIS REAL CHARACTER. PS PN CALLS HIM A HOLY PERSON AND SOMEONE CLOSE TO GOD IN HIS YOUTUBE ADDRESS AFTER THE ALLEGATIONS.

How can HE call himself a leader of highest authority ?? Those people who follow him ??? DO THEY FOLLOW GOD OR PN .. his actions remind me of David Koresh who brainwash his people. ...more about him in other blog. 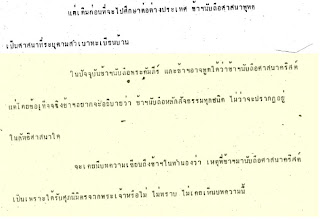 At present, I respect the Bible and it might be said that I am Christian. But, in
fact, I would like to explain that I respect all kinds of truth, no matter they appeared in
any religion. I am not certain if there was any article cited that I converted to Christianity
because I had received a vision from God; I never saw that article. 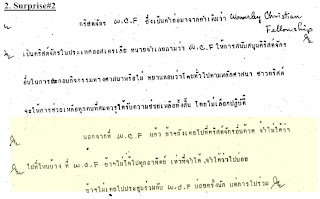 Apart from W.F.C., I have ever been to other churches which I cannot
remember. I didn’t attend W.F.C. service every Sunday; to my memory, I often
attended. I rarely attended W.F.C. meeting…(I just joined the worship service.) 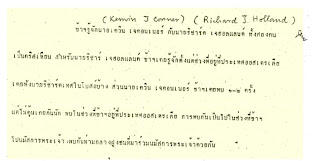 I know Mr. Kevin J. Conner and Mr. Richard J. Holland. Both of them are
Christian. For Mr. Richard J. Holland, I have known him since I was in Australia. I
sometimes listened to Mr. Richard’s preaching at the church. For Mr. Kevin J.
Conner, I met him once or twice, but I was not accustomed to him. I met him when I
was in Australia - when I attended the worship service; we met each other among the
church congregation.
(to be continued on next page) 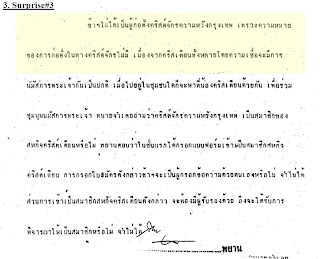 I am not the founder of Hope of Bangkok Church. There is no term of ‘found’/
‘plant’ a church. Christians usually attend a service to worship God. 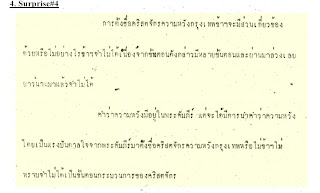 I cannot remember if I had been involved in naming the church as ‘Hope of
Bangkok Church’; because the naming process is long, and was done a long time ago; 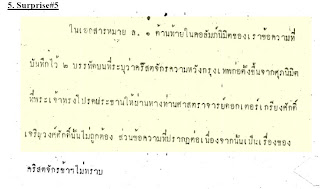 The quotation from evidence#1, quoted from the end of ‘our vision’ article,
specified that ‘Hope of Bangkok Church was founded/started by the vision God gave
through Dr. Kriengsak Chareonwongsak.’ is not true. 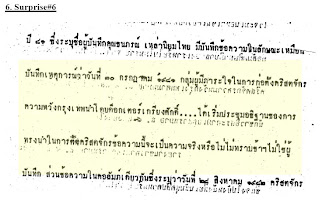 To the quotation from Ms.Thanaporn Laoniyomthai’s diary, it was recorded
(written) that “on the 30th of July, 1981, those who had heart to start/found Hope of
Bangkok Church led by Dr. Kriengsak started a prayer meeting, seeking for God’s
guidance to start the church” - I am not certain whether the statement is true because I
am not the writer.

My international friends or persons I know never called me ‘Joseph’; I do not
have another name as ‘Joseph’ (I am not called ‘Joseph’.) 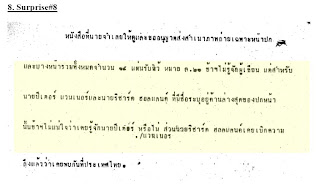 To evidence#21 (not certain of the book’s name), I do not know the authors:
Peter Wagner and Richard Holland whose names were put at the bottom of the cover
page. I am not certain if I know Peter Wagner; as for Richard Holland, I had ever
testified that I had met him in Thailand.

Since he left Hope, Dr Kriengsak have joined politics but there were a lot debates to his decisions and his party members and support

Eagle Eye:
With all respect, please stop doing what you are doing! Because it seems like you wish to "punish" or make things worst by spreading all the "wrong" things that has been done by Dr. J. Yes, we don't agreed with the things he did, if you were in his shoes, maybe you will be spiritual enough to admit to all that you have done and let God protect the church His way. Please stop "spreading" bad things about your "backslidded" brother in Christ to the whole world, give God the right to deal with him and give Dr. J a chance to be restored! Please be a biblical Christian yourself!

I disagree with what you say Anonymous - most of the posts of Eagle Eye was done a few months back and he hasn't said anymore "bad" things about Dr J or Dr Dan. I think what he said is necessary for the Christian world. Imagine if this was done in a Western church, the whole thing (including all the really, really dirty linen would be exposed and published in the magazines and newspapers). You may say this is bad and not biblical but it keeps Christian leaders accountable.

Eagle Eye only posted the facts about the events and things that happened. Without what he did, a lot of people would not have known.

You talk about giving Dr J a chance to be restored. Did Dr J admit that he was wrong? Did he stand in front of all the Hope people and confessed his wrong doing? Well I didn't see that happen.

So I think Eagle Eye did the right thing. If Dr J had repented (including PN), then it probably would not be good or right to then post all these facts.

So Eagle Eye, don't worry about what Anonymous said - please continue to post the facts so that we will know what is happening.

I believe Dr. Kriengsak should repent and regret what he has done in the eyes of God. I could not personally judge him but the facts are clearly shown of his many wrong doings as a christian's leader. I wish he is not a Judas. He was a real christian hero to many including me. Please repent Dr.KC before is going to far. The reward of life in this world is the eternal life that you were always peached to all of us. Christ alone is the answer. Repent your sins to the Lord. Jesus is with you.

We are to focus on and follow Jesus, only Jesus.